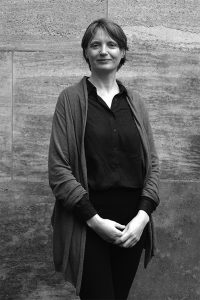 This doctorate research will discuss societal space-relationships as cultural artefacts. The Irish Handball Alley* (www.irishhandballalley.ie) will serve as the case study for a socially produced spatiality, using a dataset of approximately 400 examples located throughout the island of Ireland by the researcher since 2007. An analysis component will examine recently digitised survey maps from the 1600s onwards to demonstrate the pre-existing importance of these locations, and recently digitised folklore, newspaper and photographic archives, to highlight the range of meanings assigned to the building structure that later came to be build on these locations. The social-spatial practices that produced the spatiality of these locations will be explored with reference to the distinct societal processes at play in rural Ireland during the various chapters of its colonisation from the 1600s and the early chapters of its formation as an independent state in 1922. Motivating the research argument that societal space-relationships – such as those that informed the creation of the handball alley typology – should be considered as cultural artefacts, is an agenda to encourage their acknowledgement by the spatial planning profession, because they reveal the type of spatiality that underpins settlement structure in Ireland.

*Handball is a simple ball game known to have been played in Ireland since at least the 16th century. The handball alley was widely constructed from the late 1700s to the 1960s as a purpose-built court for playing this game, and is considered to be a building type unique to Ireland. The vast majority of the handball alleys remaining today have not been used since their construction ceased in 1969 and appear as ruins in the landscape.